I don't want to get into too many specifics or into spoiler territory, but I thought I'd post a quick impression about my time with Diablo III. It's good. No, it's damn good. Not only is it damn good, but I've also been playing a crap ton of it! There's my new rating system and unit of time spent playing right there.

The game is beautiful, it runs great, has wonderful voice acting, the story is quite interesting and the ease of dropping into a coop game with friends is awesome. The not so good includes having to log into a server to play, meaning it's almost a single-player game as long as servers are up, and of course the lag.

The game is so good, and I can be playing for hours and enjoying myself, but it's the little lag or high ping or even the random disconnect that seems to stand out more to me. Always online DRM isn't necessarily a bad thing if done right, just ask Ubisoft about the issues they've had to overcome, my concern is that other companies are going to adopt the same sort of DRM that Blizzard has implemented with Diablo III.

But enough of that nonsense. I am almost to the end of Act II and thus far Diablo III is wonderful.
at Sunday, May 20, 2012 No comments:

The Error Heard Around The World. 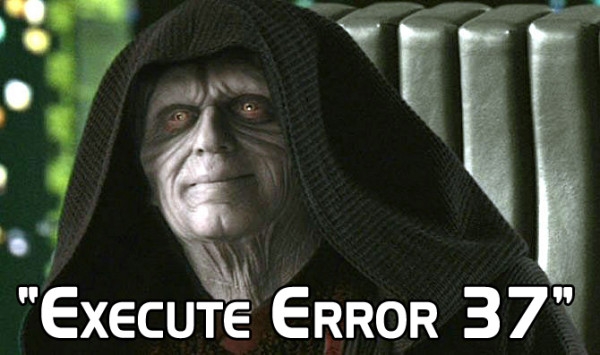 One thing I've learned over the years is that gamers can become a whiny, entitled, arrogant mob when it comes to games. It seems I follow some pretty level headed twitter people cause the outrage was pretty timid, but I can only imagine what the message boards looked like on Tuesday.

Unlike the Mass Effect 3 outrage a few weeks back, Blizzard I believe deserves all the scrutiny and criticisms they are receiving for their handling of Diablo III release. First of all, why do I need to log in to a server to play my single-player game? And second, how can you not be ready for the mass amounts of people who are going to try and play on midnight of release?

I want it to be know that Diablo III is great. No, it's pretty darn awesome actually. Unfortunately this MMO style server garbage has me frustrated with what is a very good game thus far. I tend to ramble a lot on twitter, most of the time it's ignored and for good reason. But one thing I said and I stand by is that in a month I'll probably forget that I couldn't log in to play my single-player game, but right now I am freaking pissed!

The truth is that all these issues will most likely be all but forgotten in a month or two and we will all have moved on to something else that frustrates us one way or another. That truth still doesn't make Blizzard any less responsible for botching the launch of a very anticipated game. It's a good thing Diablo III is amazing.
at Wednesday, May 16, 2012 No comments: 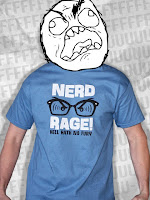 I am a passionate guy. I tend to react and over react at times, I am not one for patience and I can be stubborn as well. So when I saw a link to an article on Kotaku called The Dumbing Down of Diablo III, I just had to read it.

Let me first say that I don't like Kotaku at all. I can't stand the layout of their website and most of the stuff they post is crap. But the title and the subject had me very interested in reading this one.

I read the article and I immediately felt some rage - why was Blizzard taking away customization, DIII will have no replayability, why do developers cater to the casual crowd - these were just a few of the thoughts raging in my mind.

Since the article was updated due to comments made I decided to scroll down and give them a look. The first two comments posted are videos of skill points and attributes in Diablo III. They are freaking amazing!! The reasoning behind the changes make perfect sence once you listen to the explanation of why they were made. Sure, who doesn't want greater control over their character. After giving it some thought however, that was my least favorite part of Diablo 2.

So in a few short minutes I went from homicidal nerd rage to being even more excited for Diablo III with some confidence that the game will be just fine. I wonder if there is a condition called Game Bipolar disorder.
at Saturday, May 12, 2012 No comments:

It doesn't seem like all that long ago I told myself that I was going to limit my game purchases to a few of the bigger titles like Diablo III this year so that I can focus on playing the stack of games I have already purchased. Well you know what they say, the best laid schemes of mice and men oft go awry!

The year 2012 started with me excited about just a few games - Mass Effect 3, Diablo III, and...I can't remember what else really. I can't remember when Max Payne 3 finally received a release date, but I am super excited for that game too.

So the plan was to play through some games including Mass Effect 1 & 2 before getting to Mass Effect 3 and play that till Diablo III comes, after that I don't remember really what the plan was going to be. It probably had something to do with not sleeping and taking out the Lord of Destruction multiple times.

Well since the New Year I bought and finished LOTR:War In The North and Saint's Row The Third, bought Kingdom's of Amalur: The Reckoning which I am currently playing, picked up Mass Effect 3 at half-price and a few other games thanks to Amazon's Spring Sale which included Darkness 2 and Serious Sam 3. Oh, and there is TERA too. 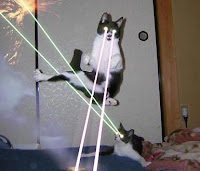 It's now May and the Diablo III release date inches ever closer with Max Payne right behind. To top things off I have been playing quite a lot of ME3's multiplayer and decided that sleep was overrated by getting into League of Legends. First world problems are such a pain are they not?

So where I was going with all of this is as of today when this goes up, Alan Wake for the PC is on sale on Steam! I really want to play the game but decided that I would pick it up at a later date maybe on sale. I didn't count on that sale happening now and at half price!! I don't think I can win on this on because I'm sure I'll regret the purchase if I made it and regret not making the purchase if I don't.

Guess I'll just go home tonight and play more ME3 multiplayer and then a round or two of LoL till I'm ready to pass out!
at Tuesday, May 08, 2012 No comments:

I should really know better than to make fiscal decisions while in a sleep deprived condition. It was late last night, I hadn't slept well the past few days and I somehow clicked on the purchase button. Instantly I felt the regret. I had been somehow convincing myself to not make the purchase for a few days now knowing I am booked for the month.

Flash forward to today and Tera is now installed and I have spent about an hour playing so far. I knew I would like the combat, it looks pretty and was interesting. But the lack of sleep and the persistence of a few who have been playing finally pushed me into making the plunge.

I still regret the purchase, specially with TOR, Diablo III and Max Payne 3 just to name a few games taking my time this month, but I guess I'll just have to make the time to play. I know, what a problem to have, right? 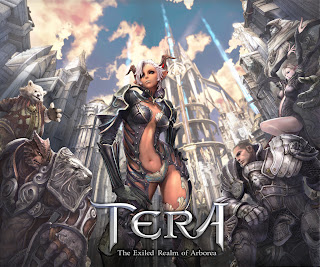 Jaye: Did you see there is some sort of Newbie Blog Initiative thingy taking over the blogs today?

Blog: Well maybe they should have done the 'Get Off Your Lazy Ass Blog Initiative!

Jaye: Geez, what's gotten into you?

Blog: I miss you!

Jaye: Hey blog, did you know if you do a search with the term 'funny random pic', you get all sorts of crazy results. This one was one that made me laugh out loud! 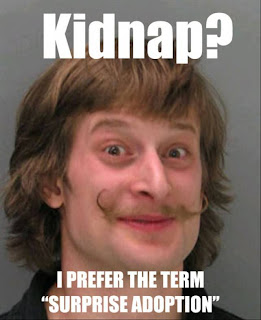