It's a Skyforge Thing! 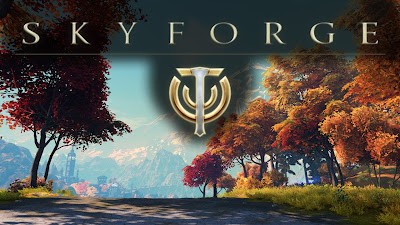 The last few posts have all been about Marvel Heroes, a game that I love quite a bit. However, I have only played a total of three times since the release of Ant-Man. What could cause me to stop playing a game I love so much? Well it's a combination of working a new job and Skyforge. That's right, Skyforge.

Skyforge is a new free-to-play MMO from the Allods Team, the developers who made Allods Online oddly enough. Unlike games such as Everquest 2, Lord of the Rings Online or The Old Republic that started with a subscription model then moved to a f2p model, Skyforge was built from the ground up as f2p.

Why does that matter you might ask? Because those other sub to free games lock content behind a subscription; Skyforge instead goes the premium account route similar to what you find in World of Tanks, meaning players have access to all content all the time. It would be similar to The Secret World or Elder Scrolls Online, just without the initial purchase.

The difference didn't really sink in till I played TOR one afternoon after spending loads of time in Skyforge. The amount of stuff locked behind a sub or the Cartel Market is staggering. Don't get me wrong, I am not against TOR's f2p model, I was just surprised to notice the differences.

Well, that's enough about that. At some point I'll get back into Marvel Heroes, or some of the other games in my backlog. But until then, I am quite enjoying Skyforge.
at Monday, August 03, 2015 2 comments:

It's another week and another event for Marvel Heroes. This week brings the revamped A.R.M.O.R. Incursion event.

In the past you would get ARMOR drives as loot from bosses, random enemies and on daily mission. Those drives could then be exchanged for various items from the ARMOR vendor.

Here's a brief overview of what to expect with the new ARMOR Incursion event:

For even greater detail, click here to read the forum post on the ARMOR Incursion along with other changes in the patch.

What has me excited are the new items and artifacts. For me there wasn't anything useful to purchase with ARMOR drives which means I have quite a few saved up. I have probably about 3k worth of drives saved, but it's an event that I viewed as a time to take a break from the game. It's not that I dislike the event, I had no use for drives. Till now!

Beware The Power Of The Ant! 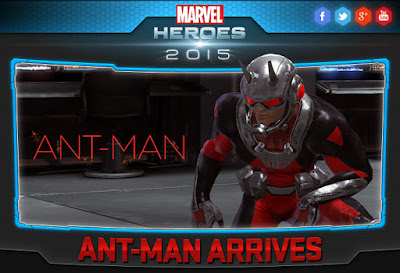 That's right, Marvel Heroes newest hero Ant-Man has been released! Hard to believe Marvel Heroes has 49 heroes, so much content. Speaking of content, the Story Revamp also comes with this patch. Before there were three difficulty levels related to the story missions - Normal, Heroic and Super Heroic. If you were willing to play through each difficulty you might make it to level 60, I honestly have no idea as I only finished the story once. With one character.

There no longer are three difficulties, instead a person should be able to level 1-60 by playing through just the story. I am going to test this out with Ant-Man, however, because I have a lot of level 60 heroes I have a permanent 200% XP bonus. But that's not a bad thing. I will be interested to see at what point in the story I reach level 60, that should give me a good indication if the XP is scaled well and if boosts are needed or not.

Also with this patch comes the Odin's Bounty event. For a three hour span, bosses in one of three game modes will drop Chests of Odin's Bounty. Every three hours the game mode rotates. For example, as of this post, all bosses in Red, Green or Cosmic terminals are boosted. Afterwards bosses in Industry City will be boosted, then Midtown, and so on and so forth. You can check out the rotation schedule here.


The Odin't Bounty event is one of my favorites in Marvel Heroes; it's a great way not only to level up but to gear up a hero as well.
at Friday, July 17, 2015 No comments:

It's Monday which means it's Midtown Madness in Marvel Heroes! It also means I got an unexpected day off so I need to figure out what I'm going to play.

Midtown on Monday's is great for leveling up and gearing heroes due to the nice XP orbs and cosmic and possible unique items from chests. Cosmic Chaos is still going on which means a 42% multiplicative XP boost as well!
at Monday, July 13, 2015 No comments:

Next week's Ant Man patch for Marvel Heroes is shaping up to be a significant game changer. Announced yesterday at the San Diego Comic Con was the difficulty mode consolidation change to the Marvel Heroes story mode. The complete FAQ can be read here.

There's some really nice information on the changes, but what caught my eye was the following three changes:

While I have played through the story once, I haven't touched it in ages since it's the least effective method for leveling a hero. I do love the change for a few reasons - it should help acclimate new players to the game and it gives an alternative to leveling instead of running constant terminals or patrol zones.

With these changes I plan to start leveling Ant Man through the story mode to test the new revamp. However, I have a feeling that I will eventually out level the story content due to my permanent 200% leveling bonus.

A few other changes in the FAQ that were of interest was the removal of the difficulty in the story mode (Normal, Heroic, & Super Heroic) to make grouping easier and a possible Mentor Mode to down scale one's level lower to group with friends to be implemented in the future.

Also announced were a slew of new and updated costumes which is always nice. I particularly like the new Jean Grey costume! All-in-all, the Ant Man patch is shaping up to be a nice one for everyone! 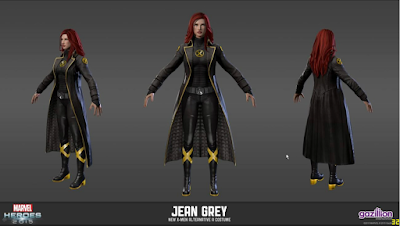 It's Friday which means it would have been patch day for Marvel Heroes, but that was done on Tuesday due to Gazillion bringing Marvel Heroes goodness to the San Diego Comic Con this weekend.

However, that does mean a new event starts today, it's Cosmic Chaos time! What is Cosmic Chaos you may ask?  It means more cosmic loot from bosses in Cosmic Terminals, Cosmic Midtown and ICP and double leveling rate for Cosmic Prestige. For us average players it's about the multiplicative bonus to XP, Rare Item Find and Special Item find of 42%.

Cosmic Chaos is one of my least favorite events in Marvel Heroes because I generally don't run cosmic terminals or patrols and the multiplicative XP bonus is kind of meh unless you intend to use lots of boosts to level. You do collect cosmic worldstones from bosses and random enemies that you can use to purchase items from Moondragon in the Avengers Tower.

Moondragon does have a few items that are worthwhile picking up if you have the appropriate hero that can use the item, such as the Doop Ectoplasm artifact and the Power Cosmic legendary. She does sell two recipes which are nice as well, Doop Inspiration and Power Doop. Again, good for a few select heroes, but nice none the less.

I would, however, recommend the first purchase from Moondragon be the Upgrade Epic Insignia to Cosmic recipe first because that will benefit every hero. It requires a level 60 epic insignia and adds a +1 to all powers which all heroes can use. Since you have to use Cosmic Worldstones to buy the Cosmic Upgrade Tokens and most likely the Doop Runes needed for the recipe, I would suggest making sure you have the best insignia for your character because you'll run out of worldstones pretty quickly.

Good insignia's can be hard to come by and if you're leveling say Human Torch, Ghost Rider, Cable or Psylock for example, then purchasing the artifact or legendary isn't a bad idea till you do find a good insignia.

This even should run through next Thursday till the Ant-Man patch that will likely come on Friday morning just in time for the movie.
at Friday, July 10, 2015 No comments: 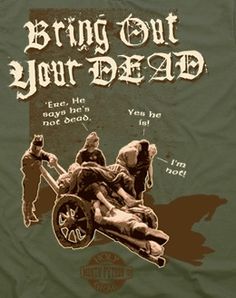 So it has been brought to my attention that I might have a blog and that it's been almost a year since my last post. I am thinking that maybe I might start blogging again, maybe a post here or there about stuff. I'm pretty sure I can come up with some uninteresting material about things no one cares about!
at Thursday, July 09, 2015 No comments: