Since I haven't been blogging much one could think that I am either playing way too much to post or not playing anything what so ever. It's definitely no the latter because I had the whole week off from work. So let's hop to it shall we? 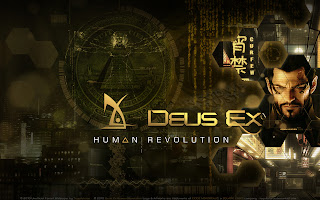 First up is Deus Ex Human Revolution. Initially I was very worried for this game; a few delays and what seemed to be some not so positive previews kept me from preordering a copy till the very last minute. Thankfully DXHR has turned out to be a pretty darn good game.
I bitched and moaned on twitter the other day about my frustration with the third and forth boss along with the whole last level of the game and how it almost ruined the whole game for me. But the core gameplay, the power of choice and the ending I chose were so great that I decided to immediately playthrough the game a second time.
My first run through I wanted to do the stealthy pacifier type so my weapons of choice were the stun gun, tranq rifle, gas grenades and non-lethal take downs. I don't want to get into this too much, but I was one of those who bought into the notion that a hacking stealther will have difficulty with the boss fights. That's not true, it just requires being prepared and wise investments of your Augs. It would explain why I am having more fun the second time through than I did the first.
I have finished the game once already and I am probably half way done with my second playthrough.

Next up is Warhammer 40k Space Marine. I have only played maybe an hour of this game, but I will go on record as saying Space Marine is F&#*ING AWESOME. The first time I stunned an Orc then impaled their skull with my combat knife I cackled like a school girl. The first time I sliced through a group of Orcs with a chainsword I had an instant boner. Ok so maybe I didn't, but it was freakin' sweet!
I had to put Space Marine on the back burner because I really wanted to finish DXHR first. I have been putting a lot of effert into making sure I start and finishing a new game before moving onto another new game.
There is of course the problem with having enough time, which my next game does not help with. 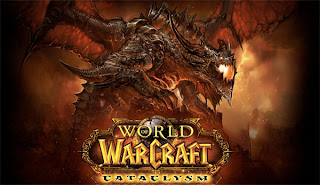 Yep, I have been playing in the World of Warcraft. I must have gone six months without thinking about let alone playing a MMO. But by June I was getting a hankering for some massively online stuff, so with my free game time due to SOE's downtime I went and subscribed to the Station Access. I paid for one month at thirty dollars and with my free time I don't have to pay again till the end of November, not bad.
Unfortunately a few of my friends were playing WoW and like a good lemming I eventually caved in and resubbed my account. This week I haven't played nearly as much because of DXHR, but WoW does tend to occupy my evenings when my buddies come online. Honestly I don't have much to say about WoW, I have been doing some PvP with the mage and letting my priest gain some rested bonus to make Outlands go by a little quicker.
So there you have it, my primary games of choice this week during my extended time off from work. Next week NHL 12 releases and I have also been thinking about giving Rift another try. Wish there was an Augmentation that gave me more time to play games!
at Saturday, September 10, 2011 2 comments: