Add Two More To The Pile.

I don't know what was my first digital purchase nor when I began making digital my primary method for purchasing games. I do, however, know that I started saving my emails for digital purchases on 6/22/2010. After making my list of games purchased in the year 2013 I went back to look through 2012 and noticed that a lot of those games I have actually played and many of them I finished. That means nothing to anyone else, but does tell me that World of Tanks has eaten quite a bit of my gaming time this past year. I don't think that will change this year.

As for 2013 I noticed that I pre-purchased two games: Space Hulk and Shadow Run Returns. Why do I bring that up? Well because Green Man Gaming had a sweet deal on a pre-order for Thief which comes out in February. I was sent a code for 30% off of the game that was already discounted by 10%. I love stealth action games and was kind of interested in the new Thief so I decided to be impulsive and make the pre-order.

I also picked up Sim City on a nice discount from Amazon as well. And here I thought I was going to slow down on the impulse buys. Oh well, I love sales.
at Sunday, January 26, 2014 No comments:

Have Game, Will Buy!

I've come to learn that I don't do well with resolutions for a new year. I really wanted to make more time for posting on my blog and here it's almost the end of January and I've done nothing. Personally I blame World of Tanks. But enough of that.

Game of the Year Awards are nothing new, every gaming website, publication and even blogs do something these days. I myself have considered doing some sort of GOTY post the past few years, but let's be honest, I've just been way too lazy when it comes to the blog.

So when I began to think about doing a GOTY post I came to the realization that I couldn't remember what if any game I've played this year actually released in the 2013 calender year. I've become such a frugal game shopper that I have stopped make day one purchases almost entirely. There are a couple of reasons for this - I tend to impulse buy games and not play them and games tend to go on sale much quicker these days now that digital distribution has become so popular. Lucky for me I keep every email of all the digital purchases I make. I decided to write down the date and name of every game I made in the year 2013. 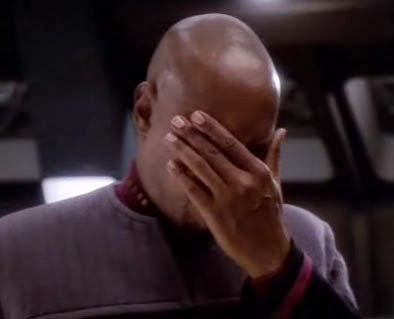 Here is a number that kind of surprised me: I've purchased 89 games and pieces of DLC in the year 2013. That sound you hear is my wallet that just cried out in sadness. 89 games? That is honestly way too many purchases. I also realized that only two games I purchased were day one releases: Shadow Run Returns and Space Hulk.

Back at the end of August I did make a conscious effort to curb my impulse buying and did pretty well if I do say so myself. Between September 1st and November 27th when I made my first purchase of the Autumn Steam sale, I bought only two games! That was NASCAR the Game and Ultima 7 Complete Edition which was less than a dollar, so it almost doesn't count. Of course the Autumn Sales and Winter Sales I went a bit bonkers.

So to reel this all back in, I may just have to do something like favorite game I played this year since I'm guessing that most the games I've played and finished this year were not actually released in 2013.
at Sunday, January 19, 2014 No comments: