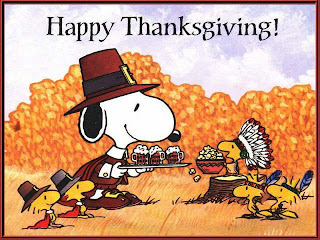 I've kind of ignored this blog because of the ease of complaining on Twitter, and I have a bad habit of just hating people in general. Despite all of that, I want to wish everyone a Happy Thanksgiving, whether it be with friends, family or just with one's trusted PC. Have a safe and happy weekend people, and don't forget to get your game on!
at Thursday, November 22, 2012 No comments:

I love the Hitman franchise. I remember working at Gamestop when Codename 47 was released. I remember as a store manager going to Texas for a conference and having the pleasure of having a first look at Hitman 2 from the developers and being the only person in the room who knew 47's name. Which is 47 by the way. I have my work keys attached to a Hitman Contracts lanyard and a picture of 47 on my employee drawer to signify it's my stuff. I love the Hitman franchise. In preparation for Hitman Absolution's release I decided to replay the previous games in the franchise starting with Hitman 2. I've finished Hitman 2, Contracts and am still working to get through Blood Money and yet I still want to play more. Heck, I even love and own the Hitman movie! I love the Hitman franchise.

As you can imagine I was quite frustrated yesterday when I saw the PCGamer review of Hitman. Of course being a fanboy my knee jerk reaction was to believe the review has lost his marbles and has no idea what the heck he's talking about. Seeing a game I am super excited to play get a 66 was bothersome to me. Once I was able to calm down and think clearly I decided to re-read the review. The review itself is not bad and it was informative, however, it's clear from the beginning based on his admission to loving Blood Money that he was just looking for more of the same in Absolution.

If you were to believe this review you would think the game is complete rubbish, but a quick check of Metacritic shows that not to be the case. Just from browsing some of the reviews it would appear that the mixed reviews tend to dislike the change in direction of Hitman and what I found even more interesting is the ratio of positive to mixed reviews is lowest for the PC version. That could very well change as the week goes on, but I can't help thinking that PC gamers are much more resistant to change than our console brethren. Just a thought.

The whole thing reminds me of when Splinter Cell Conviction was released and the outcry of fans who felt Ubisoft has killed off the series with it's new direction towards a more action oriented gameplay. I too felt the same way about Conviction. Double Agent, a game all about stealth first and only stealth is one of my favorite games so how could they do that to Conviction! Then I bought and played Conviction and absolutely fell in love with the game. 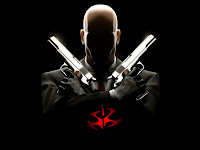 The strength of previous Splinter Cell games was it's stealth gameplay, that's what the series was known for really. But Conviction's ability to balance the stealth with action made the game far less punishing to the player if they didn't stealth through an entire level. Sure a pure stealth or silent assassin run through a level is far more rewarding that just going through guns blazing, but Conviction was able to mix both and still be a rewarding experience.

To be honest I knew I wanted to buy Hitman, but it wasn't till I saw the Conan O'Brien bit on Youtube that I knew I had to preorder the game. After seeing that video and knowing the reaction from reviews I get the feeling I will have the same reaction to Hitman as I did with Conviction. That's my hope at least.

In the end I guess all that matters is what I think of the game and to not let the negative views taint my experience with the new Hitman.
at Monday, November 19, 2012 No comments:

Been A While, Why Not Talk GW2.

In my attempt to get back into the blogging swing again I was reading an article on Darth Hater that wanted first impressions of the recent release f2p patch for The Old Republic. There's only a handful of comments, but what caught my eye were the couple that mention Guild Wars 2. In particular the comments and notion that GW2 was developed as f2p from the start and how much better that model is as opposed to games that are failing that eventually make the transition to the f2p model.

To those I would say this: Your fanboism is showing.

Look, I get that there are those who love this game, are dedicated to it and will defend it to the ends of the earth. It's not unlike having a favorite sports team or picking a political party. Yes GW2 has no subscription and you can play the game as much as you like once you've purchased the game. That's the snag though, you still have to purchase the game (at sixty bucks I might add) and only then can you play the game.

True f2p requires you to purchase nothing what so ever which removes the ultimate barrier of entry, something GW2 does not do. This is not a bash GW2 post, on the contrary despite my incessant complaining on twitter yesterday there are quite a few things I do happen to like about GW2, there are also some things I don't care for as well. But if all that is required to be f2p is to not have a monthly subscription but still require a one off purchase of the product, then wouldn't all games sold now be f2p as well, regardless of genre?

What makes say Call of Duty any different than GW2? They both have strong online components, neither requires you to spend money after a one time purchase and you can play them as much as you would like. Yes one is a shooter and the other is considered a MMO, but that's not much of an argument.

Really it's just a matter of semantics and what I believe f2p is or isn't may not fall in line with what others believe. I do however believe there is a misconception to the true meaning of f2p in a MMO and am of the opinion that until GW2 has multi-transaction items and removes the initial purchase, it's nothing more than a very large coop game masked as a MMO.
at Saturday, November 17, 2012 4 comments: