Well I finished RAGE this evening. At some point I might write up something more extensive on the whole experience. However, I will say that the story is not fleshed out which makes the structure of the game feel off and the ending is abrupt and confusing. With that said, the gameplay in RAGE is awesome, one of the best shooters I've played.

Not sure what game will be next on the list, but for now I leave you with a few more screen shots from RAGE while I prepare for more TOR! 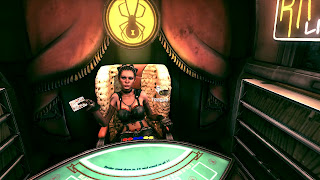 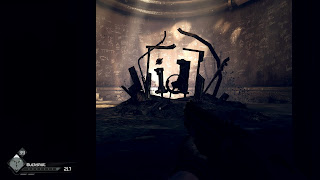 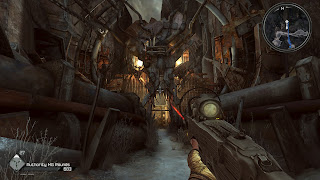 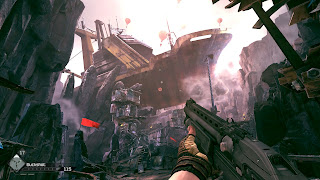 A Spoon Full of Cynicism...

Before I get into that I wanted to bring up something that I thought was kind of interesting, at least to me. I have a slight backlog of podcast's that I have been making my way through, and this past week I was listening to the Gameinformer Show. In one episode there was a segment in which the hosts talk about Modern Warfare 3. One host in particular made a comment along the lines of how the Call of Duty franchise in recent years has been getting a bad rap from gamer's.
This statement really struck a cord with me because over the years I have become quite cynical towards the franchise myself. I loved the first MW. I remember being super excited about the game having a modern setting and being blown away after playing the demo. MW2 however rubbed me the wrong way, and not from a gameplay stand point, but because of it's peer-to-peer multiplayer - something I hated with a passion at the time.
I played the heck out of MW2's multiplayer, so there must have been something there that I enjoyed, but until recently I never touched the game's single-player. By the time I decided to play MW2's campaign I had a heap full of cynicism and I know it affected my enjoyment of both MW2 and Black Ops.
There came a point just before the release of MW3 when I questioned why I was so negative towards the CoD franchise, why am I still holding this grudge. So I decided to put all that aside and purchased MW3 - and at least with the multiplayer I have not been disappointed. It's for this reason that I thought I would play through the MW's in succession because maybe I have been missing what seems to be some great games. Well I already know that MW is great cause I've played it, but the next two in the series according to reviewers are just as awesome.
Well enough of this, it's time to smash Republic players in TOR!
at Tuesday, February 21, 2012 3 comments:

A few months ago in a time before TOR, I decided over a four day period to play through the single-player campaign of the shooters that I had on my Steam list. I started with Modern Warfare 2, then Black Ops, Homefront and finished with the new Medal of Honor.

Needless to say it was a long weekend as the only game I truly enjoyed was Medal of Honor. Which honestly was a surprise to me. I was already having fun with the multiplayer as it was giving a taste of what Battlefield 3 might be, but I did not think I would enjoy the story as much as I did.

I know I mentioned finishing Rage, but that hasn't happened because of my renewed interest in TOR. I never hated the game, but I wasn't finding it all that interesting at times. You could say I was a bit bored. Something I have been thinking about doing since Modern Warfare 3 came out was playing through the Modern Warfare's.

I have the next three days off, so this could just be the right time to do just that. Although I always have Wed-Fri off, so really any week I could do this. But as of right now I am only playing TOR since finishing WitN last week so I do have the time to tackle this task.

Honestly I give myself ideas like this because I have a tendency to waste time, and I really hate feeling like I didn't accomplish something during my time off from work. And besides, I have only played MW3's multiplayer, and by all accounts the single-player is decent.

A Touch of RAGE!

I picked up RAGE on sale at a local Gamestop back in October, but like many games I didn't get to it right away. At the time I was the Witcher 2 and with Skyrim just a short few weeks away I wasn't sure I would be able to get to it, but I made the purchase anyways.

I'm really glad I did, even though I haven't played much, I really like RAGE. The game is so beautiful, the controls are really tight and the weapons are awesome. Why I waited this long to get back into RAGE is a mystery to me cause according to the timestamp, I haven't played the game since the day Skyrim launched. Big surprise.

So today I thought I would fire it up, get familiar with the controls a bit and take a few screenshots to share just how beautiful RAGE truly is! 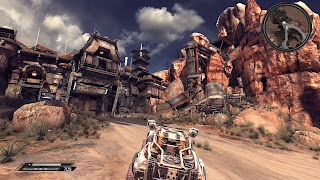 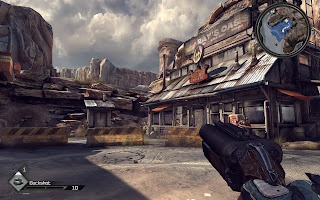 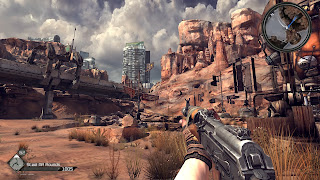 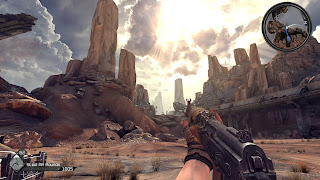 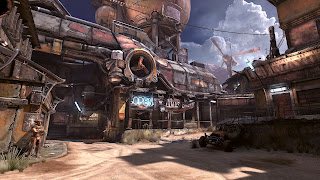 It Has Many Names... 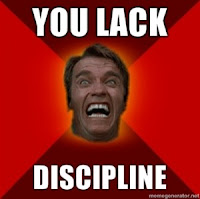 I'm not one for New Year's resolutions, but I thought this year maybe I'll try to start a new trend. You see, I lack discipline and willpower, and that leads me to buy more games than I can play. What I'm hoping to do is to limit my purchases till I take care of some of the backlog...the pile...the stack. It's known by many names but it's condition is the same.

Beside The Old Republic, I am thinking that I pick one game to play and if possible stick with it till the end. I know what you're thinking, this is how you're suppose to do things. Well not only do I buy too many games, I also have a bad habit of playing those games for say a few minutes before moving on. I guess you could say I am easily distracted by shiny things.

I just finished War in the North so I was thinking of playing Rage next. But there is a good chance I might pick up Saints Row the Third and play that first. Of course I was also thinking of playing through both Mass Effect's before the third comes out. But then there's Space Marine, or even Fallout New Vegas with all of the cool DLC and......OMG TOO MANY GAMES!!!!
at Tuesday, February 07, 2012 5 comments:

War in the MotherF@*$^ng North Yo! 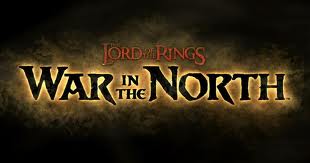 Let me start by saying that this post was originally very different in tone when I first starting writing it about a week ago. But something strange happened - I finished War in the North and found that I wanted to play more. Then I finished the game a second time, and yet I still wanted more. So now with just over forty hours of play time and finishing the game with all three characters I will admit to having a very different attitude about War in the North.

Don't get me wrong, War in the North isn't great thanks to what I think are some not so great design choices and a terrible first impression, but in the end I enjoyed myself and wanted to play more which is all I could ask for in every game I play.

For those who don't know, War in the North is a hack 'n slash RPG from Snowblind Studios who made the popular Champions and Baldur's Gate Dark Alliance games back on the PS2. The story in War in the North coincides with the story of the Fellowship as they make their way to Mount Doom to destroy the Ring. Player's choose to play either a man, an elf and a dwarf. Clearly party composition was inspired from the movies.

The problems I had with WitN early on had to do with the game's brutal difficulty on normal. You start off with no skills, no gear, and to make matters worse the game has a few flaws that compound the issue. Many skills have extremely slow animations, you're given the ability to block but then the game tosses tons of enemies whose attacks you can't block, the ranged fov takes time to get used to and will cause one to pull out their hair, enemy ranged damage is way too high, and the camera's terrible mouse acceleration can make large battles super hard. None of these these issues in and of themselves are not a big deal, but for your first time through the game it can be very off putting.

However, and this is a big however, there is quite a lot to like about WitN. The sound and art design are amazing. The voice acting is some of the best I've heard in a game, the soundtrack is very reminisent of the movie trilogy, the character models look great and the locations you go to are detailed and varied. WitN is no Rage or Crysis, but it does look pretty good. The combat does still suffer a bit from some of the issues I mentioned, but once you unlock skills and upgrade your equipment the combat can be a thing of beauty.

I raged a lot on WitN on twitter a few weeks ago, but I am glad I stuck with it, because it's actually quite a good game.
at Tuesday, February 07, 2012 3 comments: