I had hoped that I was going to post something worthwhile on the blog this month, but using your time wisely  on my days off is proving much more difficult than I had hoped. Basically I've been spending a boat load of time playing games at home and when I have some free time at work I've been watching hockey games on the computer. 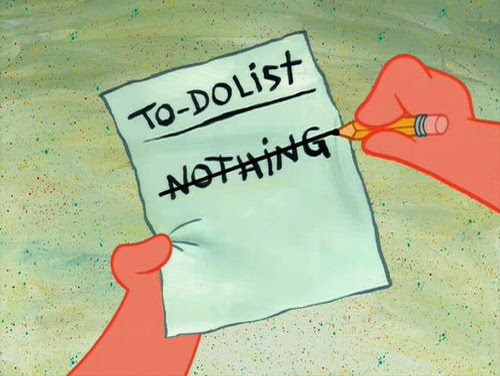 I did take two solid days to play and finish Spec Ops: The Line three times and I have some thoughts about that game that I want to share. I've also installed and started playing Velvet Assassin, a game I picked up on a deep discount from Steam just before the holidays. The majority of time however has been spent playing Borderlands 2.

So there you have it, a post about much of nothing  feature nothing much.
at Tuesday, January 29, 2013 3 comments:

This poor blog, seems like I don't give it the time and respect that I once did years ago. It's definitely not from a lack of inspiration, it's more like a lack of motivation mixed with laziness with the ability to waste time. So really this is a post to myself in an attempt to motivate me to post more, besides I always have something silly to say and it's great writing practice.

So what have I been up to the past few months? Playing lots of games. Actually there haven't been too many games so I've been spending quite a bit of time gaming. The game that has grabed the most attention from me is Hitman Absolution - the game is bloody brilliant! Sure it's not perfect, but it is pretty darn good and I do like the new direction the game has gone to. Yes Blood Money is an exceptional game, but sometimes things need to be shaken up a bit to avoid that sequal-itis feeling. Personally I believe that most who criticize Absolution give up on the game early on and never actually get to experience just how great this game really is.

I've also had a hankering for some sort of fantasy RPG gameplay and not necessarily the party kind of game like Dragon Age II (which is a wonderful game). Been playing Borderlands 2 quite a bit lately and as fun as it is, it's kind of too long and I just want to bash something in the face with a sword of mace of some type. I think Skyrim would work to fulfil this desire, but I think what I'm really feeling is a pull towards the MMO again.

I have Guild Wars 2 that I haven't played in a month, but I'm looking for something with good questing, not that crappy run around the land doing errands for people garbage questing that GW2 has. At one point I almost entertained the idea of returning to World of Warcraft, but quickly squashed that idea. Instead I think it's about time to sub to Rift, a game that I've enjoyed quite a bit while playing the F2P portion. I figure between Rift, Eq2 and something single-player I should satiate that fantasy sword bashing thirst.

In the coming weeks I think I'm going to do some sort of best of and worst of type posts for my 2012 gaming. I don't think I'll have anything unique of interesting to say that will differ from others, but it's something I want to do so I will.