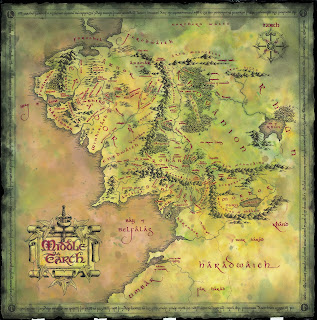 Recently Turbine had a welcome back week just this past week for LOTRO, so I decided to give the game a try, again. I have played LOTRO off and on since beta and for what ever reason the game just doesn't hold my attention for very long.
I suspect that the reason for my eventual lack of interest in the game comes from a few factors; the endless running around to get anywhere, a general lack of understanding of the combat at times and the repetitive nature of the none group quests.
Even so, I still had a feeling like I hadn't accomplished all I wanted to do in LOTRO. If you think about it, it's this nostalgia feeling, this sense of not accomplishing all that I could have that is the reason why I tend to jump from one MMO to another. It's hard sometimes to stop thinking that if only I had been more dedicated or used my time wisely that I could have accomplished more in a game. But regardless that's probably a topic for another day.
I have two characters that I play, a Champion and a Warden, both
on separate servers unfortunately. My Champion is my original character but the Warden is the one I have been playing most recently. My problem is that I don't play much and the Warden gambit system is such that I would end up spending endless amounts of time trying to refresh my memory of the many attacks.
I have been following Doc Holiday's blog for sometime now, and it's been such a reliable source of info for how to play my Warden. So what I did is print up a list of all the Warden gambits, arrange my hotkey bar like Doc does his and then write down all the gambits that I can currently use. The difference has been like night and day. No longer am I wasting time trying to remember gambits and trying to remember the combat, I now have my cheat sheet and I am playing more because I am having a lot of fun.
Knowing that the 18th was the last day to reactivate my account with a multi-month sub to get Siege of Mirkwood, I decided to do another three month sub. I noticed right after that I had to upgrade my account, and in doing so I ended up choosing another three month sub on top of the three I just done, meaning I now have a six month sub to LOTRO.
Oh well, six months at ten dollars a month sounds like a good deal to me. Maybe, just maybe I will get a character up to max level, would be nice.
at Saturday, November 21, 2009

Email ThisBlogThis!Share to TwitterShare to FacebookShare to Pinterest
Labels: Gaming, Lord of the Rings Online, MMOs

Heh, interestingly, I've dipped in and out of LOTRO a few times, for probably the exact same reasons as you described. And I just re-activated my account for another tilt yesterday too!

I'd never upgraded to Mines of Moria, though, so I just went the "buy Moria for $9.99 and get a month's play included" deal. Can't see how I can go wrong with that.

Trying out a Warden is one of the things I'm keen to do now that I've upgraded, so I'll definitely take a look at that Doc Holiday blog you linked, cheers!

Hey Carson. You know, I didn't even think of just buying Moria itself, I was so intent on getting it free with a multi-sub. Oh well, lol.

Definitely check out Doc's blog, it will help out a lot. I like the Warden, especially early on when they are just unstoppable!

My Warden is level 13 now, still no deaths, maybe I'll get the Undying title? :-)

Having loads of fun with him, I'm not sure I've encountered a mechanic quite like the colour-code sequence of moves of the Warden's gambit mechanic before!

Very cool seeing you get back into LotRO. If I hadn't just bought my wife a new computer, I might be trying to fix mine and get back in myself. Bah. I'm jealous now.

Have fun! I'll be playing vicariously through you now. :)

@Carson
The Warden is pretty cool, and I really like the Gambit system. It requires me to think ahead and plan each encounter some what, I really enjoy it.

@Anjin
I'll do my best to keep up entertained!